South Africa’s tenth and newest World Heritage property was inscribed by UNESCO on 2 July 2018. It is only the fourth natural property in the country, since the others are cultural (5) and mixed (1) properties.

The new World Heritage Site, covers an area of 113 137 ha, located in the south-eastern corner of Mpumalanga province in South Africa. It contains the oldest and best preserved sequence of volcanic and sedimentary rocks on earth, comprising a unique record of the early formation of the planet and a host of endemic and exceptionally rich diversity of plant species, all set in spectacular scenery.

The 3 250 million to 3 600 million year-old rocks, in unsurpassed state of preservation, contain the best sequence of the earth’s oldest geological record. These highly accessible Archaean exposures present a continuous 350 million year sequence of rocks. Scientific research from these rocks have provided the earliest records of how the earth’s crust was formed. It is redefining the date for the first occurrence of life on earth, by an astonishing one billion years earlier than previously estimated. Here evidence has been found of the first massive meteorite impacts possibly related to the formation of our moon. Tidal traces, billions of years old, are so precisely recorded they allow for calculation of changes in the distance between the earth and the moon over time.

The Barberton Makhonjwa Mountains is the only place on earth where the development of the early earth and evolution of life itself can be studied. This is truly the place where life began.

This area is of “… natural significance which is so exceptional as to transcend national boundaries and to be of common importance for present and future generations of all humanity. As such, the permanent protection of this heritage is of the highest importance to the international community as a whole.” (Section 49 of the UNESCO World Heritage Council Guidelines).

Mountainlands Nature Reserve, together with Songimvelo, Nkomazi, Queens River and Barberton Private nature reserves sit at the core of the World Heritage Site. Also included are the timber growing properties that lie between these protected areas and two enclaves of private and communal land towards Badplaas. 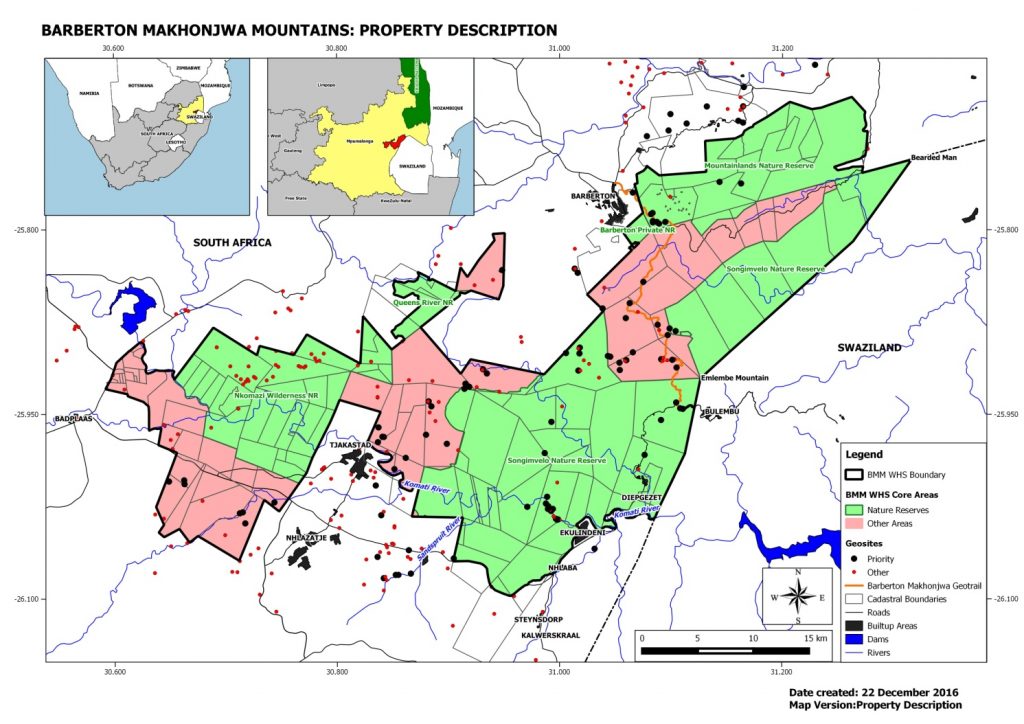