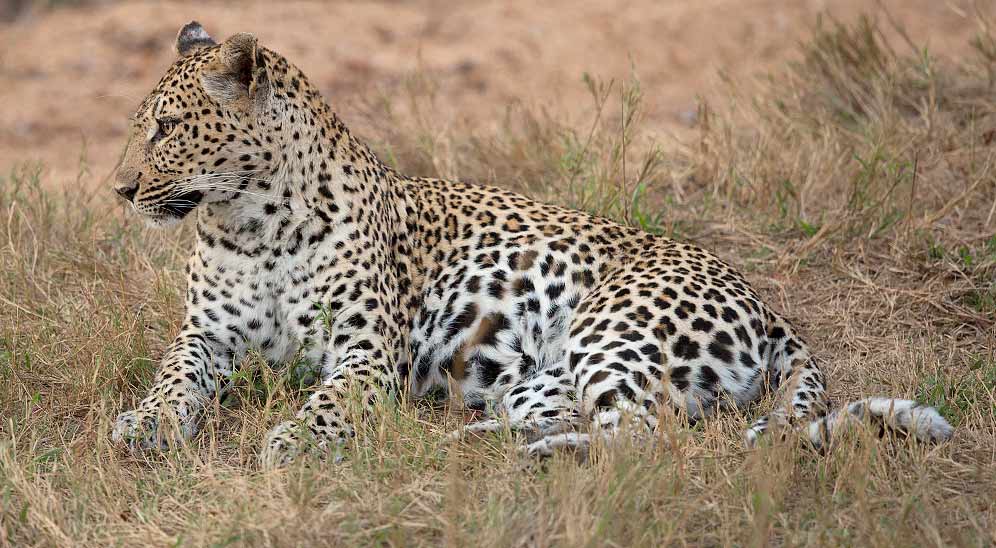 Mountainlands Nature Reserve is one of Mpumalanga province’s high priority areas for the protection of leopards (Panthera pardus). Information about the population size and density has to be gathered and as a consequence, a fix point trail camera survey was started. The survey will be done for 5 years and cover a selected area with the option to roll it out to the rest of the reserve and extend it for longer. The data gathered will be used to assist the Mpumalanga Tourism and Parks Agency (MTPA) with their broader Integrated Leopard Conservation Strategy.

In 2016 we reported on the Mountainlands blog about a leopard survey that was done by Non-Profit Organisation Panthera (https://www.mountainlands.co.za/counting-the-spots/). During the six weeks of their survey no leopards were photographed, although leopard scat was collected. MTPA followed-up with another 6 week fixed point camera survey in 2017 and also had no luck with capturing leopards on photos. However, leopards do occur on the reserve as their tracks have been seen and leopard kills  found. They have also been spotted and been photographed by other trail cameras. The decision was made to have cameras placed in prime leopard locations and in-field for a longer period to obtain a clearer picture of the status of these elusive and mostly nocturnal big cats.

Pressure and threats on leopards in general are on the increase and include shrinking ranges due to agricultural development and human population encroachment, which in turn leads to conflict, persecution, poaching and snaring. The mountainous typography of Mountainlands and surrounding nature reserves make it a suitable home for these cats. As they roam outside fenced areas, there is also a need to identify and monitor their habitats and initiate functional natural corridors between protected areas in order for these animals to exchange genes.

These corridors are very important as, unlike other large carnivore species, leopards are extremely complex to translocate. Regular game and electrical fences do not constrain them and efforts to relocate or reintroduce them are not necessarily effective and are very costly. Adult males especially, tend to roam back to their natal home ranges and are therefore likely to end up in conflict with humans and more likely die on their route back. Females might stay in the area of relocation but would not necessarily settle on properties that are safe as they are drawn to settle in areas where vacancies occur. It is often these vacant areas where these animals are highly impacted on due to Anthropogenic pressures that change the state of the environment.

Leopards are listed as a Vulnerable Species on the threatened category of IUCN and the South African Mammal Red List. They have lost 80% of their historical range in South Africa and there is concern that their numbers are in decline. As an apex predator in most areas outside large protected parks such as the Kruger National Park; which is also home to lions, wild dogs and hyenas; leopards play an important role in maintaining a healthy ecosystem. They kill sick or injured animals and manage the populations of smaller predators.
Nowadays trail cameras are viewed as an essential tool to monitor wildlife.

The Mountainlands leopard monitoring project was made possible by a generous donation from Garry and Shirley Boyd.