After nearly two months, the leopard camera trap survey conducted by wildlife NGO Panthera on Barberton Nature Reserve phases 1, 2 and 3 has come to an end.  Although no leopards have been photographed we got some insight into what other elusive animals go about their business while humans are not watching. (For background information about the leopard survey, refer to the blog post “Counting the spots” posted on 27 July 2016).

According to Matthew Rogan who is affiliated with Panthera and who was doing the survey as part of his PhD degree, it does not mean leopards are absent from the reserves. DNA analysis of some carnivore scat samples offers an alternative way to identify leopards in Barberton Nature Reserve.  There may be several reasons why they were not photographed.  It may be that they occur at very low density and the following reasons can contribute to that. They could travel really far and have large home ranges, like in the Kgalakgadi where they may range over an area larger than one thousand square kilometers. When that happens, the probability to see them in any spot is low. However, the area around Barberton is significantly more productive than an arid zone like the Kalahari, and consequently extremely low leopard densities are likely to be caused by human disturbance of either leopards or their prey. The leopards that use the area are not necessarily residents, although one would expect leopards to remain in an area with enough prey; or they are especially at risk of coming in contact with communities and human conflict.

Matthew is now repeating the exercise at Mpumalanga Tourism and Park Agency’s Blyde River Canyon Nature Reserve for the next leg of this project.  We wish him all the best and we hope the leopards there are less publicity shy and will set off one of the trap cameras in that beautiful, mountainous reserve.

Below follows photos that were taken by the Panthera camera-traps. Thank you Matt for sharing these with us. 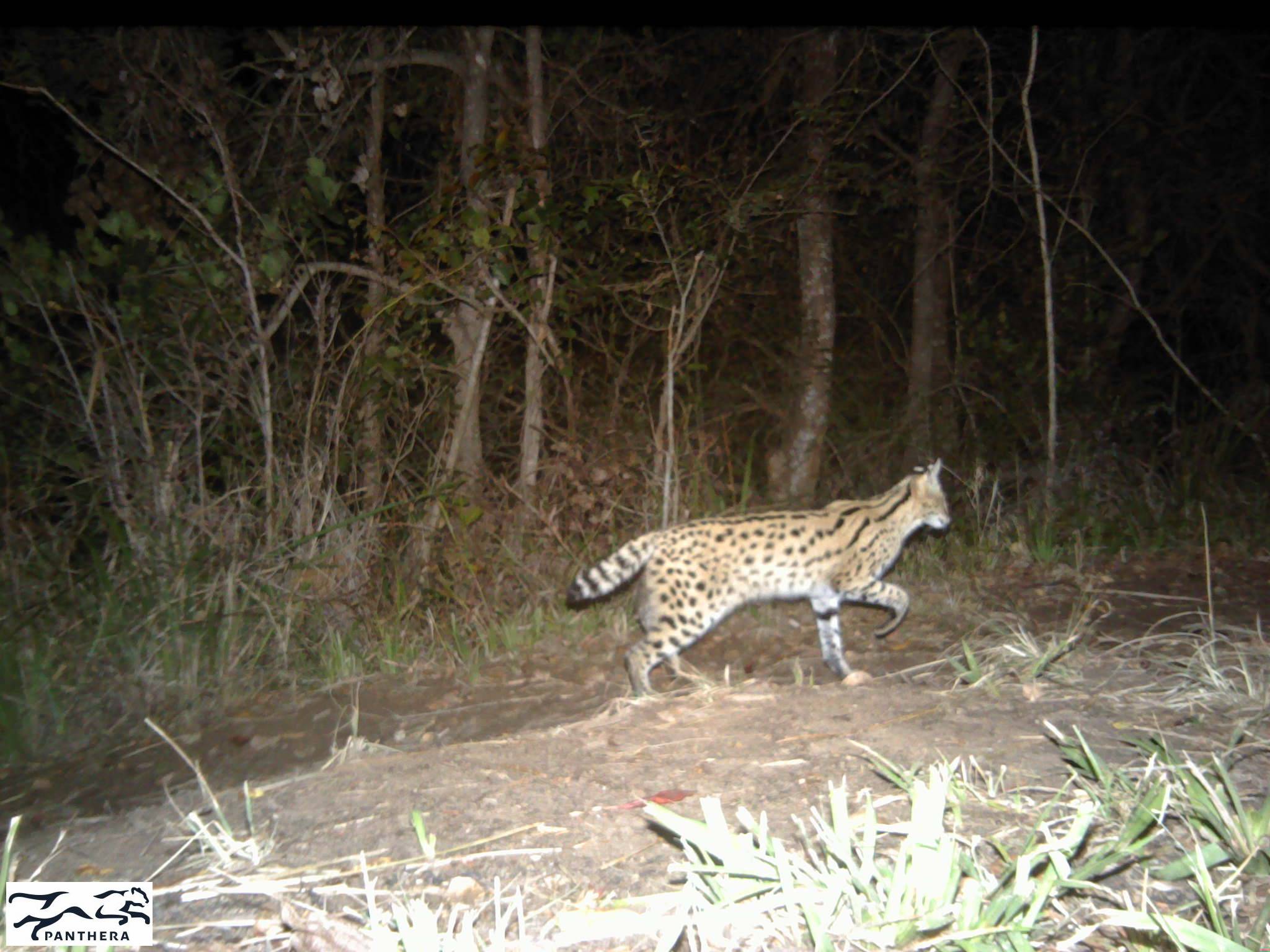 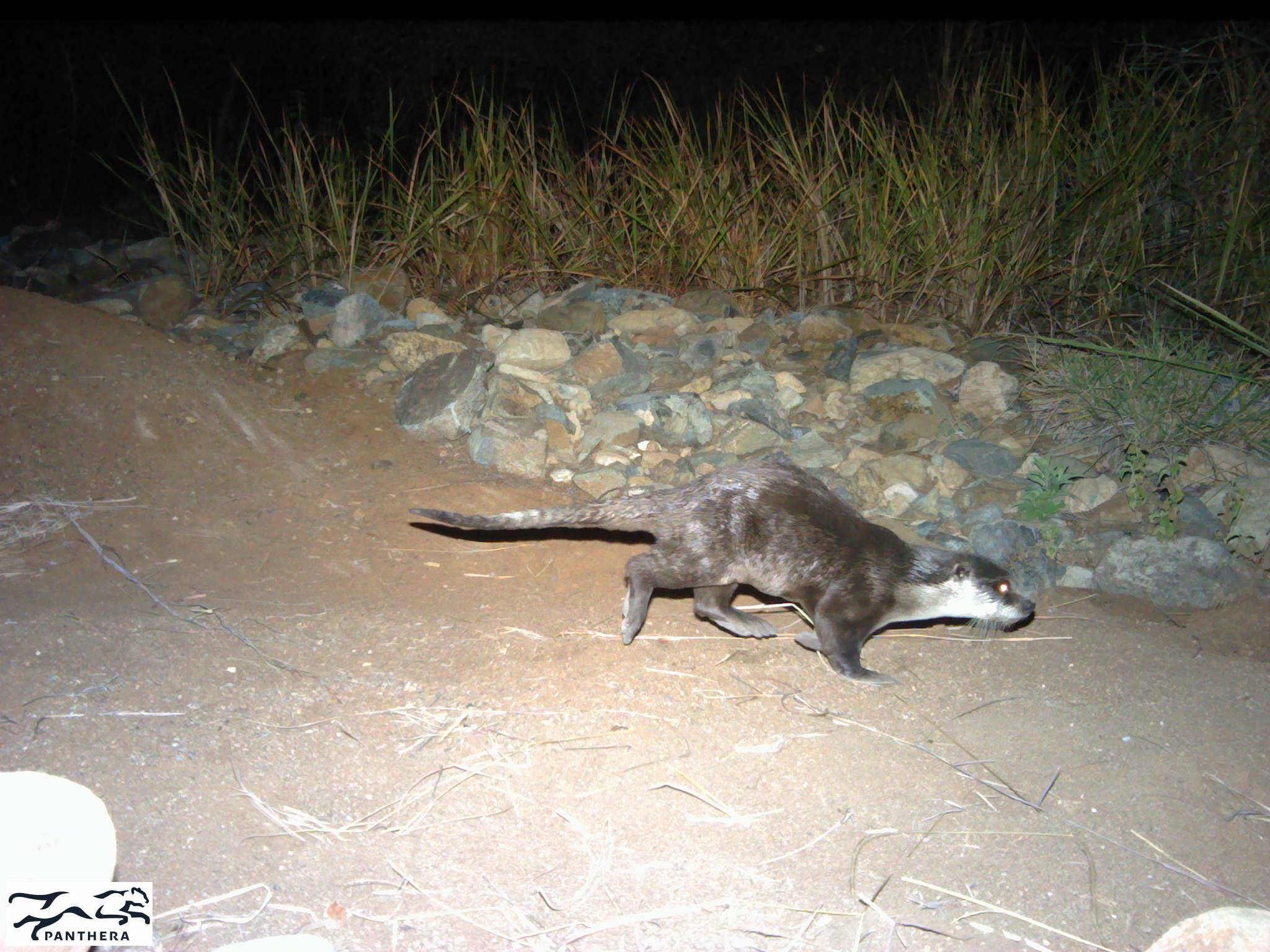 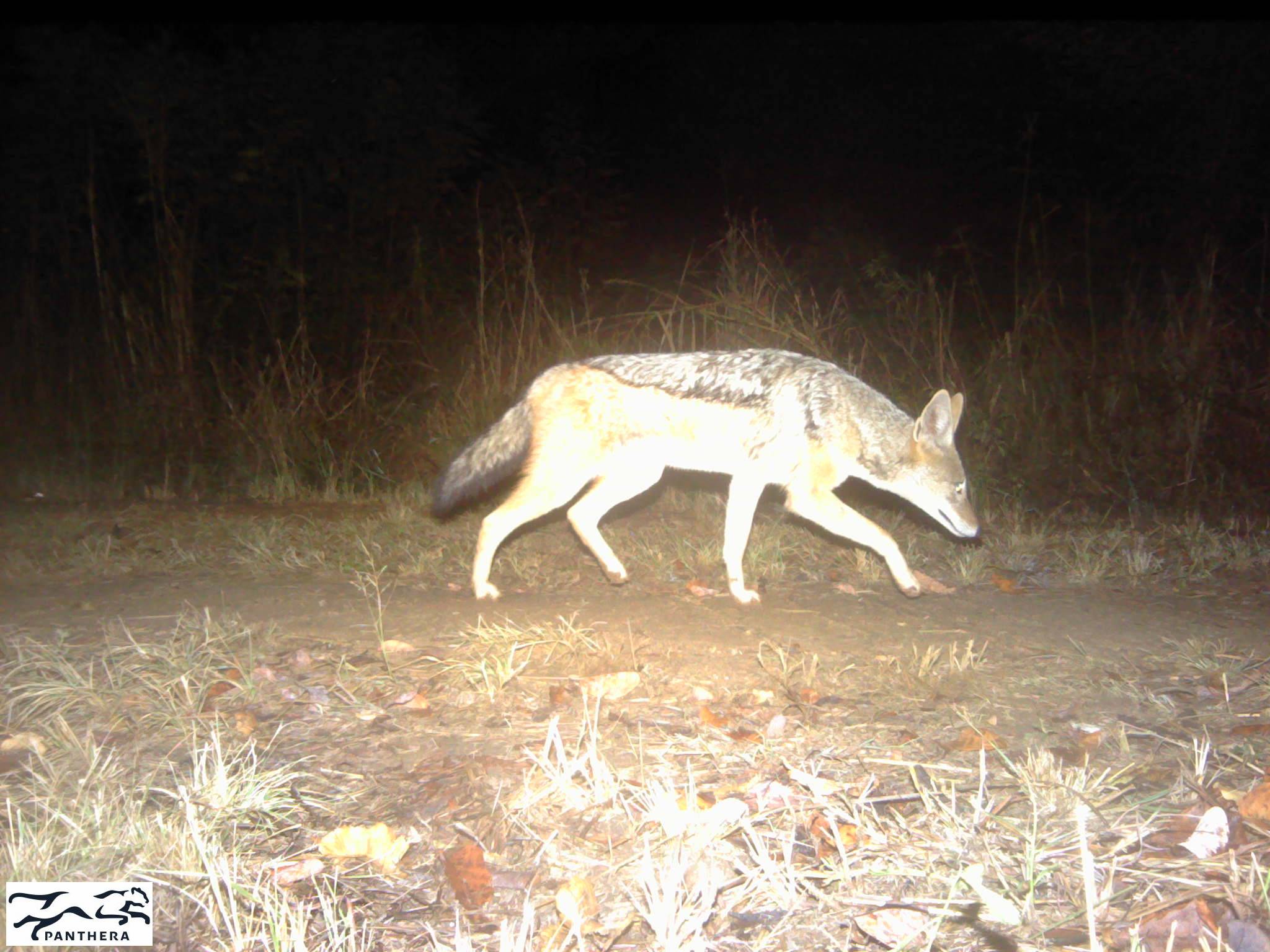 Black-backed jackal (Canis mesomelas) with its black saddle on its back as the most outstanding feature that distinguishes it easily from the Side-striped jackal. 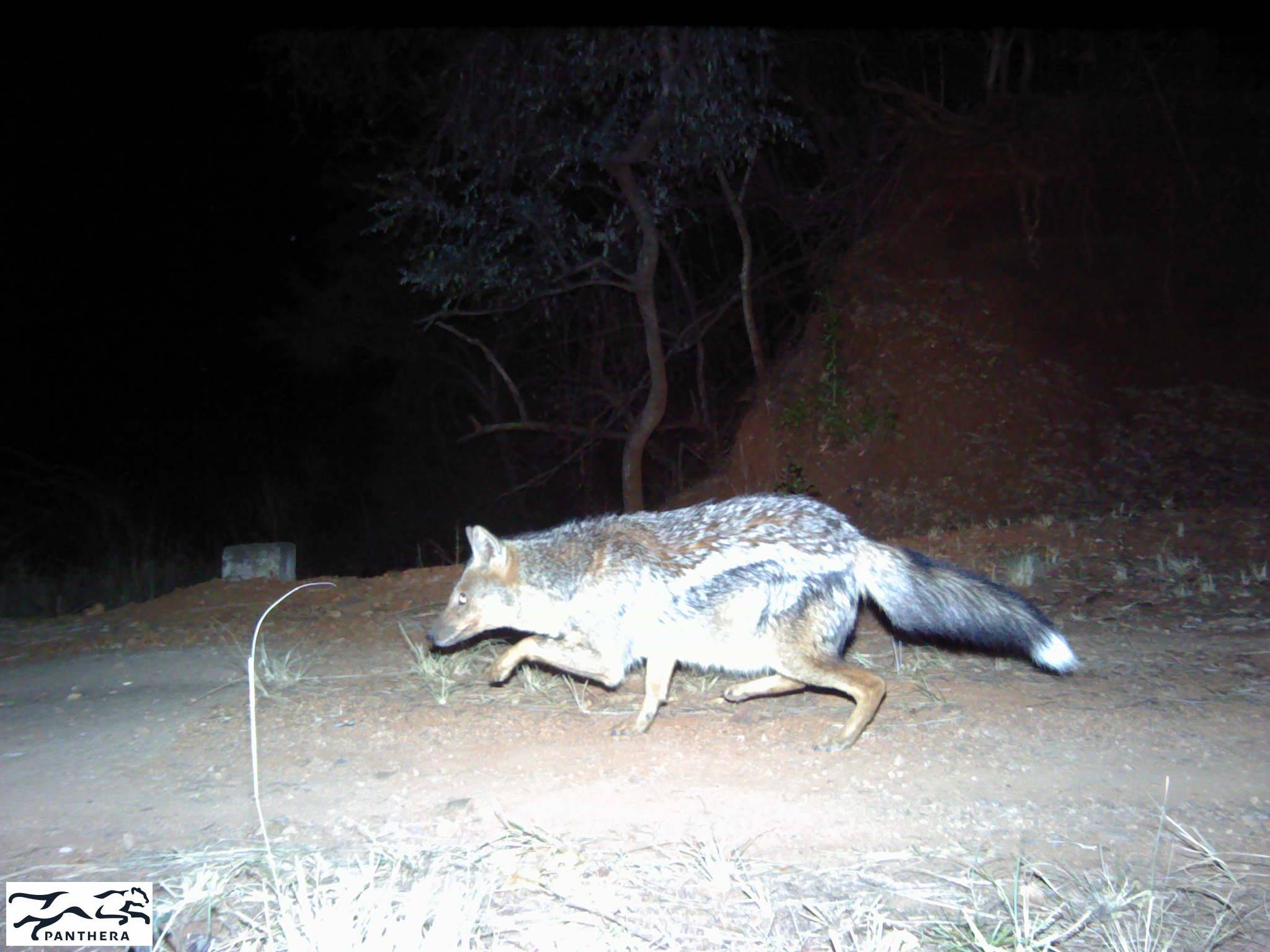 Gotcha! A Side-striped Jackal (Canis adustus) sneaking past the camera trap. The white tipped tail and lack of a saddle distinguish it from the Black -backed jackal. 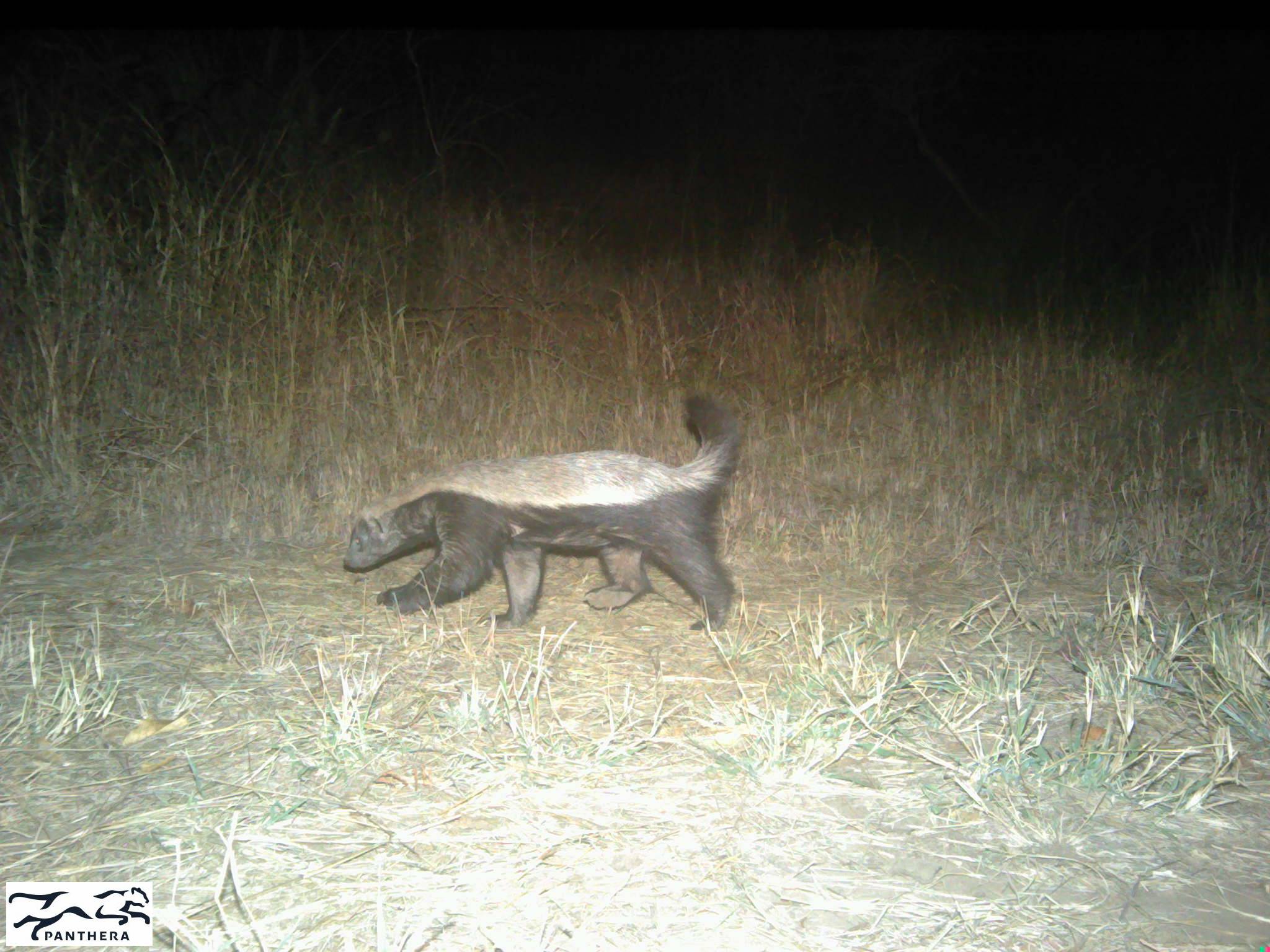 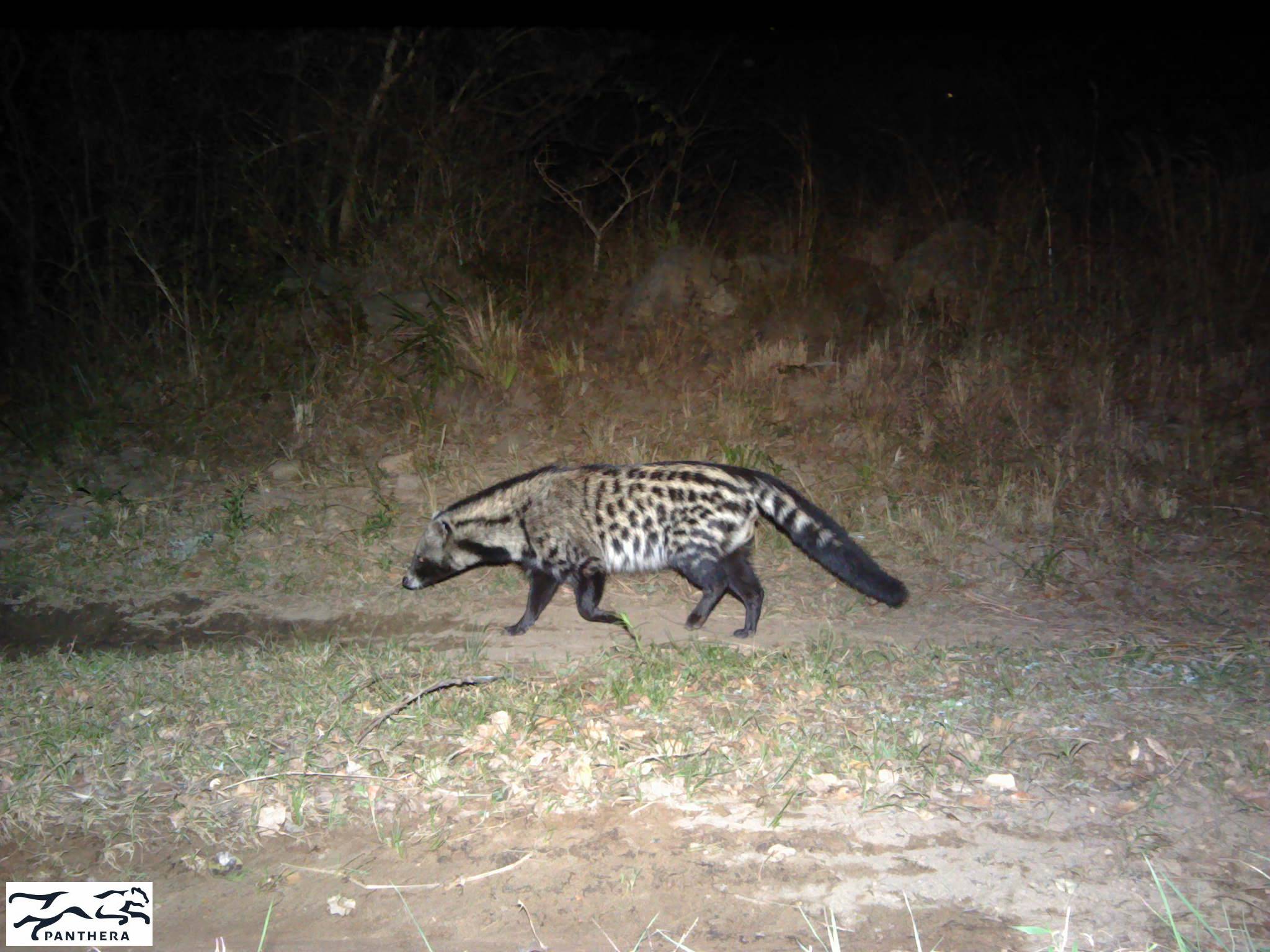 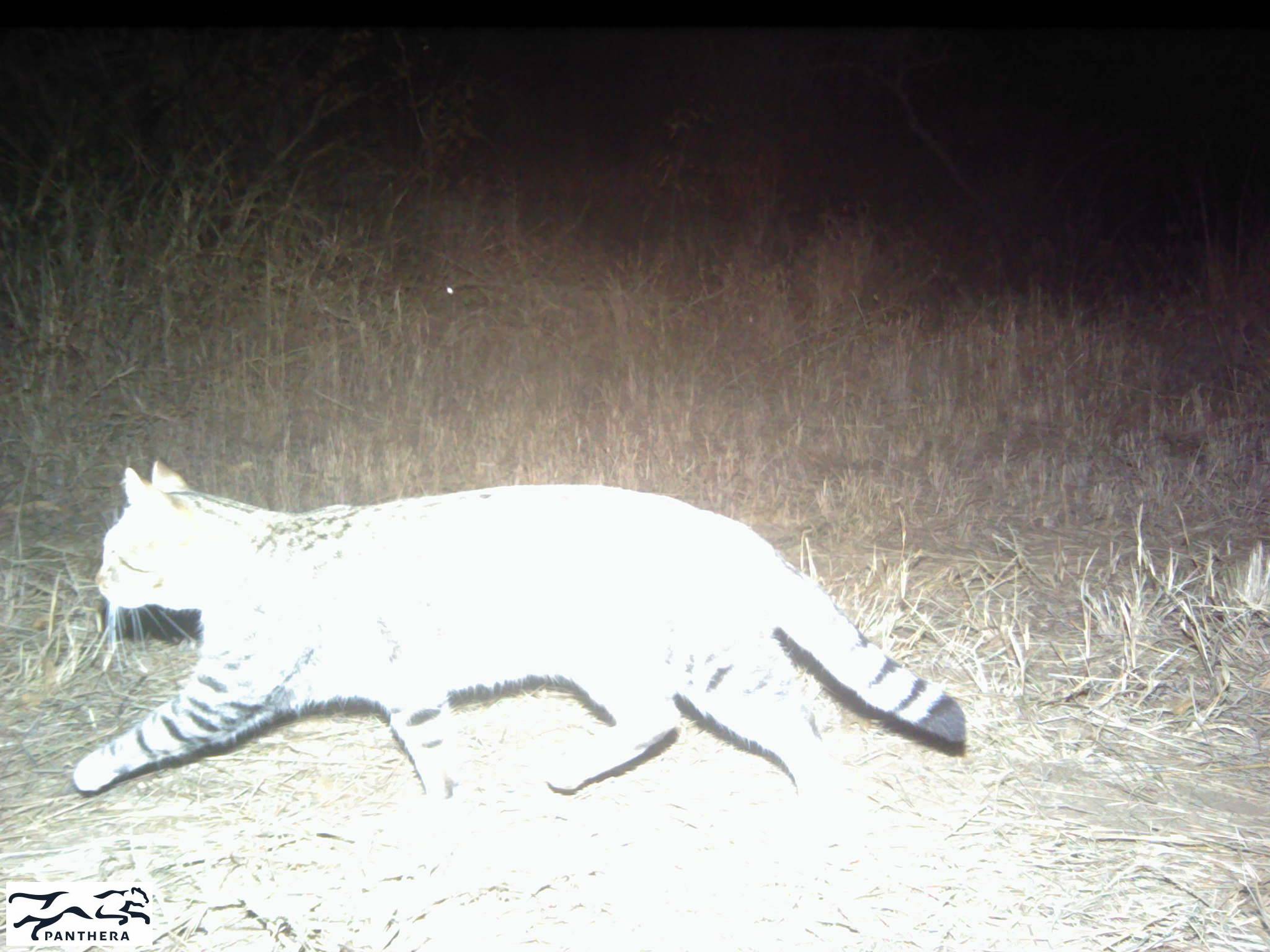 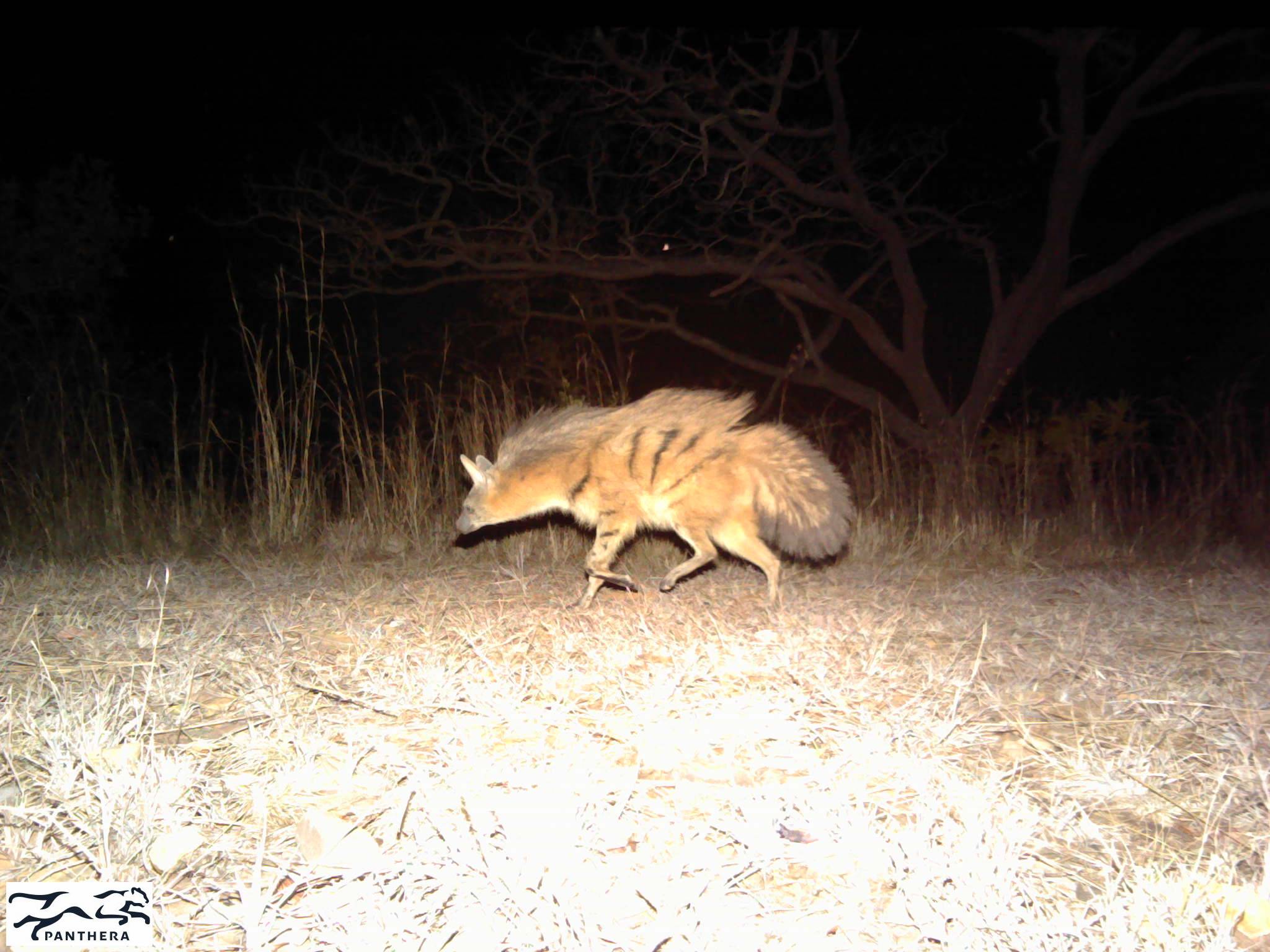 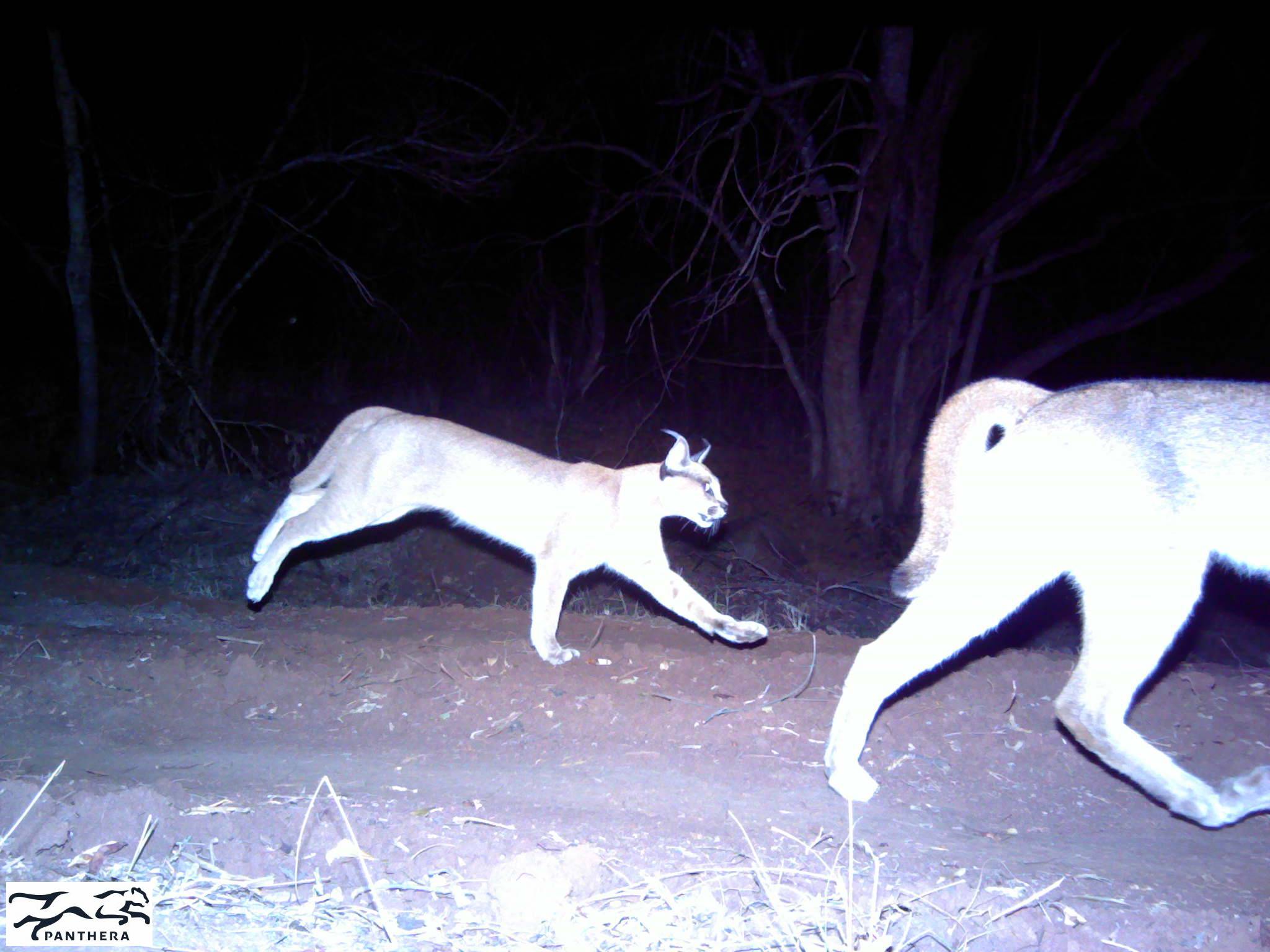 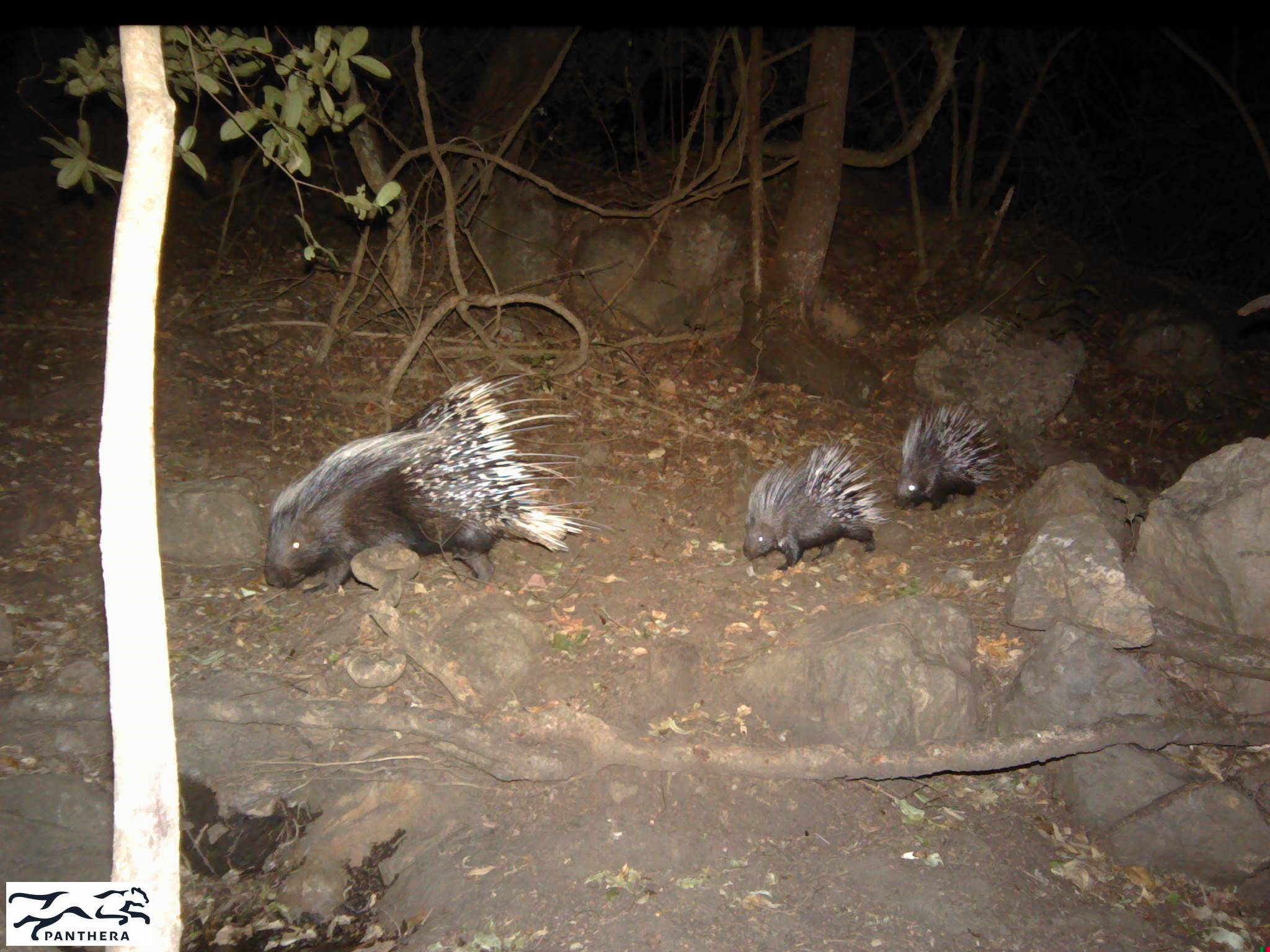 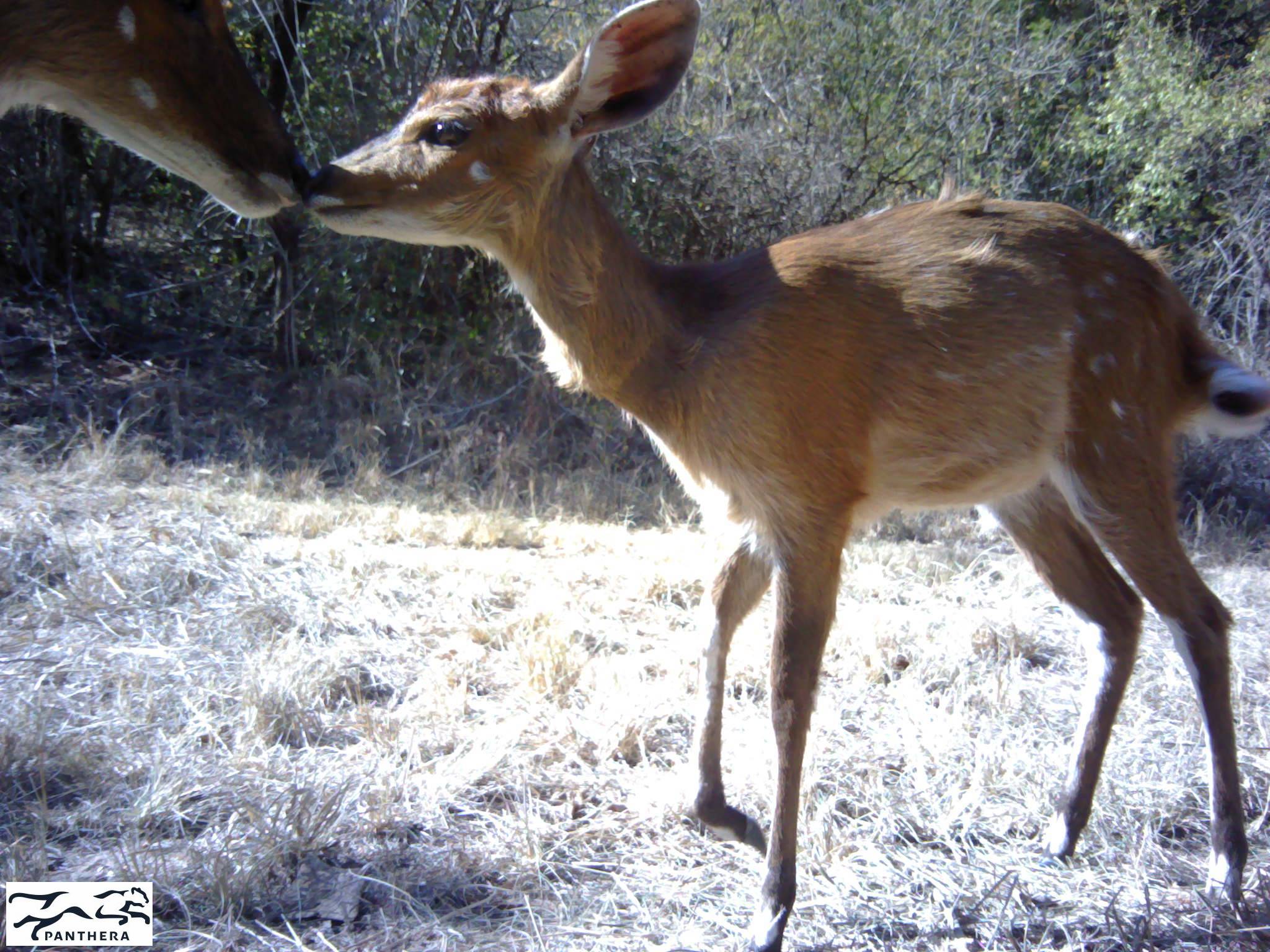 Endearing Bambi: A Bushbuck (Tragelaphus scriptus) lamb with an adult.