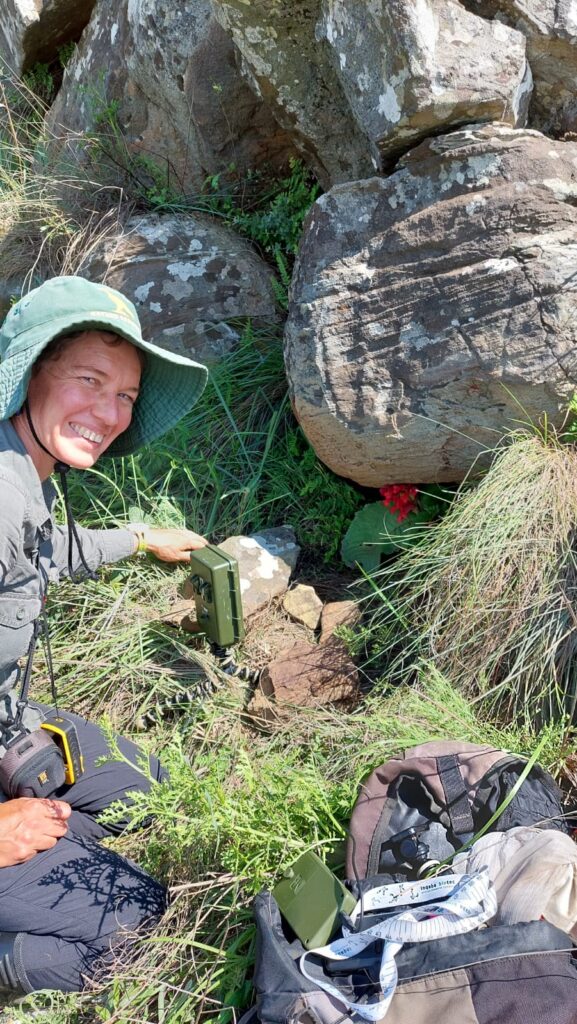 In the 1994 film Forrest Gump the lead character said “My mom always said life was like a box of chocolates. You never know what you’re gonna get.” That pretty much sums up the exciting part of placing close range trail cameras in the field to photograph pollinators. In many instances you never know what you’re gonna get.
Last year May we reported on Steve Johnson’s adventures when he gathered footage and caught the pollinator of the orchid Bonatea pulchella (https://www.mountainlands.co.za/mission-accomplished/).
Earlier this week Ruth Cozien and Timo van der Niet from the School of Life Sciences, University of Kwazulu-Natal visited Mountainlands to set up close range trail cameras. This time it is to obtain footage of bird pollinators on Streptocarpus dunnii for one of their student’s, Cally Jansen’s research project. This species grow low on the ground among rocks in the mistbelt grasslands and is one of only two red Streps that occur in southern Africa. The other is Streptocarpus myoporoides that hails from Mozambique.
Malachite sunbirds (Nectarinia famosa) have been observed pollinating Streptocarpus dunnii plants. 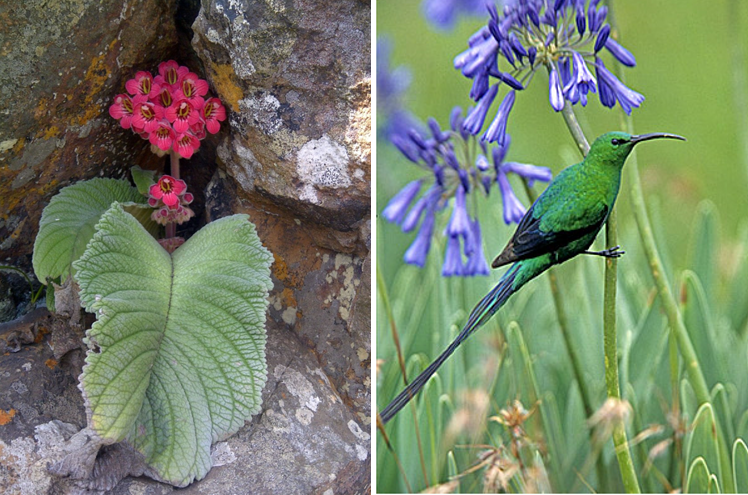 Capturing footage and gathering more data forms part of Cally Jansen’s MSc degree on the pollination of these plants. She has already obtained excellent camera trap footage of bird pollinators at Dullstroom during the past few weeks. Extra data from Malalotja Nature Reserve in Eswatini and from Mountainlands will be added. But for us the real box of chocolates will be from two cameras positioned to photograph the pollinator of Colchicum (common name: Men-in-a-longboat) plants.

View from above: Ruth and Timo setting up a trail cam over a Colchicum plant.

This was an impromptu decision to find out as these plants are also now in bloom. At least two South African Colchicum species are rodent-pollinated. With a mere sniff of the flower fragrance of the Mountainlands plants, Ruth and Timo deduced the pollinator may be a rodent. The cameras will remain in place for a few weeks before being removed. We can’t wait to see footage as you never know what you’re gonna get.