The honey badger on the bush buck carcass

Honey badgers (Mellivora capensis) don’t sit on top of the food chain, but pretty much anything with zero to eight legs that aren’t hippos, rhinoceros or elephants are on their menu. And if they can’t eat what they can overpower, these omnivores will opt for honey, berries, bulbs and roots.
Last Friday night the sound of an animal in distress close to the bush camp kitchen caught the attention of Nico Oosthuizen. When he shone a torch in the direction from which it came, he saw a honey badger on top of a bush buck ewe that it has just caught. Although honey badgers have been named the most fearless creature in the world in the 2002 edition of the Guinness Book of World Records, it did move away from the kill when it saw Nico. Not wanting to disturb it further, Nico waited until the animal had eaten its fill and left before taking a photograph.
A trail camera with a low glow flash designed not to scare animals has been positioned to photograph any scavengers that visit the bush buck remains. Since the kill two nights ago the honey badger has returned every night to continue eating and every time it moved the carcass from its original position. 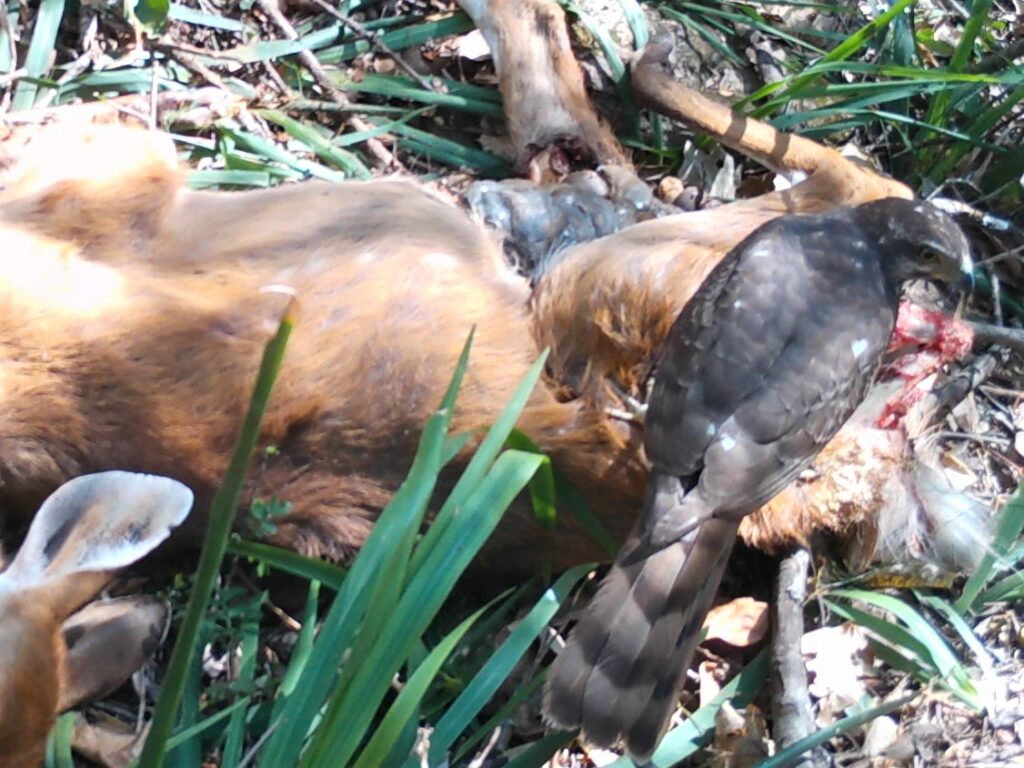 The goshawk sitting on the carcass

Yesterday, a goshawk also visited the remains which by now smelt fairly strong. It being right next to the bush camp kitchen was posing a challenge. (The badger did not avail himself to the freezing facilities available at the kitchen.) and Nico dragged the carcass a few metres down wind.
Honey badgers possess a formidable mix of resourcefulness, guts, strength, and a ferocious bite that will even let the blood of a young lion run cold. This one will certainly be able to trace the bush buck remains and continue with its midnight feasts.